Call for nominees for the Guinier Prize

SAS2015 and IUCr call for nominees for the Guinier Prize. The deadline is April 30. 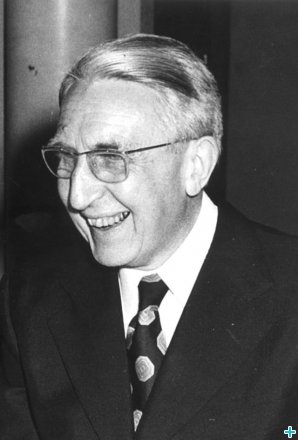 The SAS2015 Organizing Committee and the International Union of Crystallography (IUCr) Commission on Small-angle Scattering will present a prize of US$5000 in honour of the great scientist and 'father' of small-angle scattering Professor A. Guinier at SAS2015. The Guinier prize is given for lifetime achievement, a major breakthrough or an outstanding contribution to the field of small-angle scattering.

Previous recipients of the Guinier prize:

Nominations for the 2015 Guinier prize are now being sought. A nomination should contain:

Nominations should be sent by e-mail by April 30, 2015 with the subject heading “Guinier Prize” to: Chair of the SAS2015 Programme Committee, Peter Fratzl and Chair of the IUCr SAS Commission, Jill Trewhella.

The prize jury will be composed of 5 members, 2 representatives each from the SAS-2015 Organizing/Programme Committee and of the IUCr SAS commission.

The winner of the 2015 Guinier prize will be announced at the opening session of SAS2015 and invited to present a plenary lecture of SAS2015 conference in Berlin.

Back to previous page